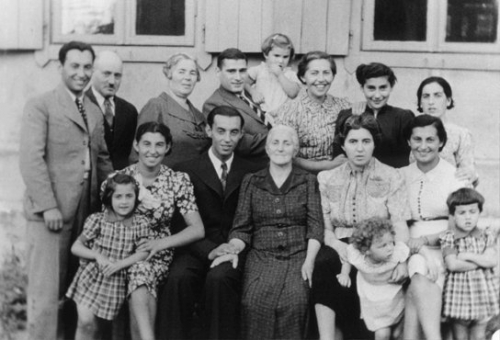 When the presence of absence…

I have never met you…When the presence of absence is felt.

When because of war or other disasters many family members are killed or perished, the members who survived, even though they might have never met the other members, can often feel the absence of their presence. Family Constellations show that, unexpectedly, identification can occur with one or more dead family members. We all are part of a so called ‘Family-Soul’; an intelligence that encompasses the evolution and nature of the family over several generations.

Those who belong to the Family Soul are the children, parents and their siblings, (great-) grandparents, and anyone who has been excluded from the family system ( i.e. excluded, rejected members who were called ’bad’, former spouses, stillborn and aborted children). When we bring them back into the system by acknowledging and honoring them, we see that Constellations are a very effective way to restore harmony in the family. Members who didn’t talk to each other for years, suddenly call the next morning or a few days after a constellation.

Even brief constellations, can provide clarity in a wide  variety of issue, often within  a few minutes..

She looks at me, a bit insecure. “I don’t know if this makes sense to you” “Well, try!” I say. Sivan sighs deeply and begins to talk..”I have kind of feeling that all the people in my family who died in the Holocaust have an influence on how I am. I feel often depressed, and I don’t know why. My mother’s sister was killed in the Holocaust along with 5 children, and another sister died in an accident  when she was a young child. I am named after my grandmother who perished too. She was very loved and appreciated by my family. I actually would like to look closer into that side of my family.” 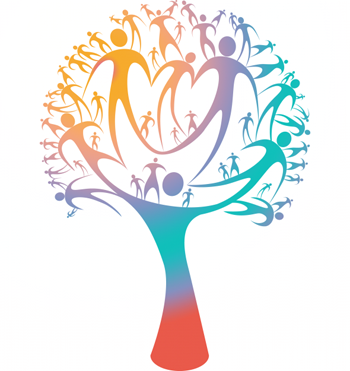 When we start to constellate a family, we usually begin with the family of origin, the parents of the client, grandparents, siblings. We choose people from the audience, who don’t have any information about the client, and are required to be “put their mind on blank”   as they will represent family members in the Constellation.  How does it work? You must experience it to understand, if you are not a biologist. This work has access to the nigger picture of our subconscious.

It is phenomenal to see that doors are opening to a hidden dimension of inner images and unknown information, often offering the key to resolution and relief. Over and over again Constellations consistently reveal profound and lasting material benefiting for the participants and loved ones. Surprisingly, the healing processes and the results shown are far-reaching in the family.

Sivan puts the aunt with her children very close together. They all look down, which means in a constellation that they look at dead people or a grave. When the grandmother is set up in front of her daughter, she becomes very unstable, her body convulses as if she is crying silently. “ Go to your daughter and all of your grandchildren and touch them, one by one. You too, Sivan, do the same.”

They all embrace each other in silence. ”Now take your granddaughter by the hand and bow to your relatives, both of you, in front of all of them, with one bow.”

Grandmother hesitates. “One deep bow. You take the lead .” (to grandmother). Grandmother and Sivan bow deeply and slowly. “Now look at them, and tell them: “I am one of you”. Sivan is doing that.

“Look at them… Now straighten up, look at them very clearly, and say: “I’ll carry on.” “I am so sorry for what happened to you. I carry on in honor of your name and spirit.”

Then I ask  the aunt  to say to Sivan:  “It is enough that we are dead. You are alive…Honor your live…”

The aunt smiles spontaneously. “It is enough that we are dead.” Sivan covers her face, smiles and tears are flowing. “Now, say it again; I’ll carry on” “I’ll carry on in remembrance of you, it’s enough that you are dead. I’ll make my life ” “Look at your grandmother and say: I’ll carry on’.

Sivan is speaking those words very softly. I ask the grandmother: “Do you want to tell her something?”

Grandmother whispers: “No”. To Sivan: “Now stand with your back leaning against your aunt and look forward.”

”Now look at them, and tell them; ”I have five children.”

She is doing that. The children of the aunt smile. “Now turn around again, I’ll put five representatives for your children, and I’ll place them opposite of you.”

“Sivan, tell your children: ”We’ll carry on with life”. Sivan, covers her eyes, laughing and crying at once… ”Now, go to your children”…

I asked the audience if they can see how the dead are changed after this, how different the energy feels in the room. “That is very important. The dead participate in the lives of the living, but only when they are seen, honored or remembered.”

“May I leave it here?” Sivan nods and smiles…  Conclusion: usually after  a session like this the client notices a shift and relief. Feelings of depression and attachment to the trauma seem to change dramatically for the better.